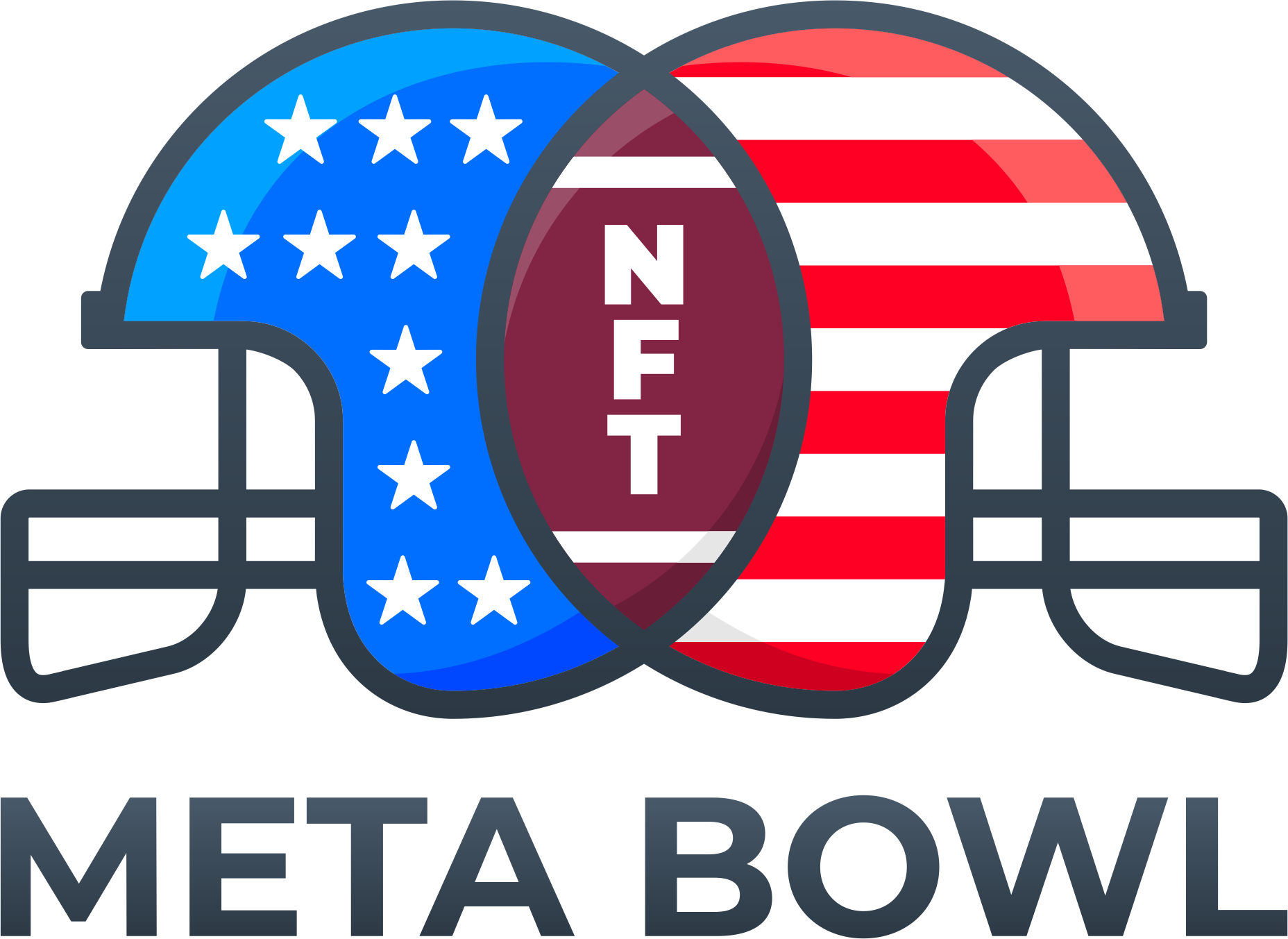 The premise of NFT META BOWL is a fun promotional competition for its members with the potential of large prizes depending on your individual teams performance.  Each NFT is a combination of the 32 existing teams within the NFL.  We have created 992 new teams from the existing 32 teams and created NFT’s for each of these teams.  Every week in tandem with the football season these consolidated teams earn points depending on how their two original parts perform.  Each team is created from an existing teams Location and Nickname.  An example would be the Dallas Jets which is a combination of the Dallas Cowboys and the New York Jets.  Each week the Dallas Jets gain points on how the Dallas Cowboys and New York Jets score in their respective games.  This process is repeated every week throughout the football season until the Super Bowl.  After the final, the team with the most points wins the Grand Prize of $100,000.

In addition to the Grand Prize there is also a weekly prize of $5000 to the team with the highest weekly score and an additional prize of $1000 to the team with the lowest score.  Throughout the season there will be a total of 40 weekly prizes with every team having an equal chance of winning a prize.  For more information please read our game rules which explains the format of the competition on our website.

NFT META BOWL brings positivity to give its holders true value and entertainment which will provide one of its lucky holders with a $100,000 NFT.

In addition to the competitive element of NFT META BOWL it also incorporates ALPHA² which is our unparalleled intelligence on curated partner projects in addition to our own future projects to bring education and positive returns to our members.  One of these future NFT’s will be NFT META BOWL for the next American Football season where we will create more winners and another $100,000 NFT.