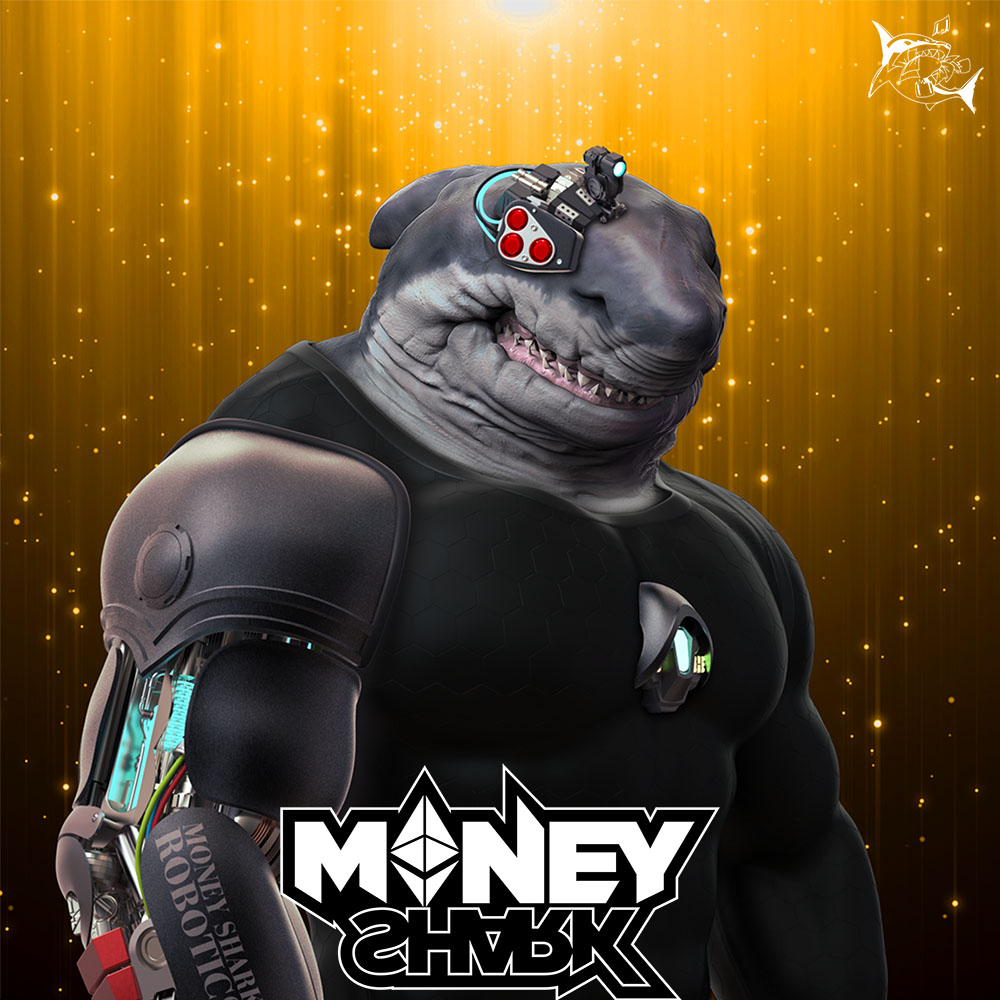 Water you up to, mate? shark

There’s some-fin special coming up that will get you hooked for life fishing_pole_and_fish ! The Sharks are a group of wealthy investors who have decided to make a killing in Fin-Tech dagger because they both have megabites!

William Sharkspeare, Shark McGwire, Sharkira & MC Hammerhead are backing the project and already bought a highly sought-after regional_indicator_o regional_indicator_g Shark! They already own plots in “The Otherside” and the “Sandbox” and are starting the construction of the first_place Shark Tank in Finland!

You can become a Shark yourself and mint a unique 3D character that can be used in AI and VR Applications! Save a boat. Ride a shark ocean. It’s more eco-friendly. It will not cost you an arm and a leg!

Chews wisely! When the Sharks are not flirting with sexy seals (Damn, you’re a snack seal), they are buying virtual & IRL property to build experiences for holders. They are also working on creating their own virtual currency which they think will become the dominant currency of the metaverse.

:white_check_mark: Building the Shark Tank in “The sandbox“ and “The Otherside” anchor

:white_check_mark: Free stay at the community hotels all over the world european_castle

The sharks are at the top of the food chain, and they'll go to any lengths to survive. Benefit from big community kickbacks, giveaways and invest moneybag into the virtual world ! How jaw-some!