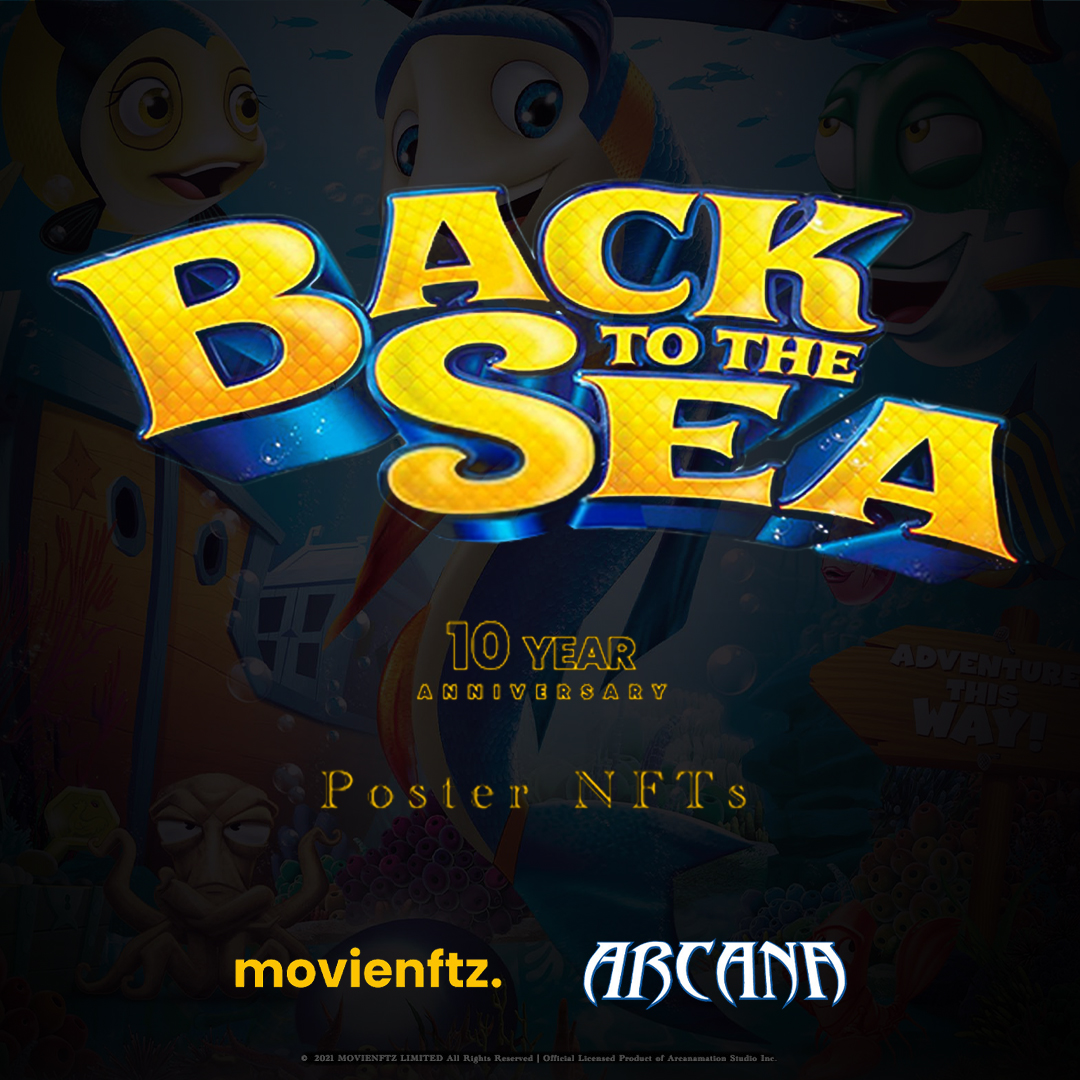 About Back to the Sea (2012) 10 year anniversary poster NFTs

To mark the 10th year anniversary of Back to The Sea, on 11/16 movienftz is releasing 25 Back to The Sea Poster NFTs licensed by Arcana Studio at a price of 0.025 Ξ each. movienftz exclusively licenses movie posters for NFTs, providing audiences with an innovative way to own, trade, and engage with cinema. Back to the Sea follows little fish Kevin who, when he is swept up in a net and taken from his home in the vast oceans to the small glass fish tank of a restaurant, must find a way to escape and make his way back home. Back to The Sea is an animation Comedy / Family movie from the voices of Christian Slater, Mark Hamill, Tom Kenny, Tim Curry directed by Thom Lu which had a limited release in the United States on November 16, 2012, distributed by Viva Pictures before going to digital. The Back to The Sea (2012) 10 year anniversary poster NFTs will include unlockable content of unseen hand-drawn previs images.